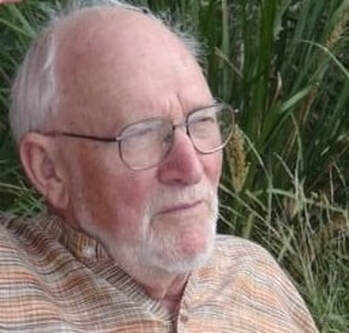 Richard, like everyone else, started drawing as a toddler but it was a while before he stopped. He would take the underground to South Kensington as a boy and head for the Natural History Museum with pencil and pad. He remembers sitting in front of glass cases drawing the birds on display which, as they never moved, were so much easier to draw than the live ones in the garden. He kept his interest in drawing and painting alive in his Grammar School years where art classes were mainly an opportunity to lark around quietly: students must not disturb Mr Ayling at work on yet another Thames scene. Mr Ayling’s family were boatbuilders for the rowing clubs at Putney. He was a gifted professional artist whose use of the art room (well positioned and well lit) as his studio handsomely supplemented his more meagre earnings as a teacher. He observed Richard’s interest in art and allowed him to do the O level exam in art as an extra (unusual because art was not considered serious enough to be taken as an exam subject). To this day Richard recalls the task set for the O level exam: some lines from T.S.Eliot as the subject for a painting:

Then at dawn we came down to a temperate valley,
Wet, below the snow line, smelling of vegetation,
With a running stream and a water-mill beating the darkness,
And three trees on the low sky.
An old white horse galloped away in the meadow.

​Although Richard had a lifelong interest in art and took full advantage when young of the London galleries he stopped painting and drawing for most of his life. Having studied English Literature at Oxford the tongue took over from the eye and throughout his life his creative outlet was on the stage and, in age, in writing poetry. Lear, Antony, Shylock, Leontes, Coriolanus, Vanya, Pozzo were some of the parts he played. His exit from the stage was on turning eighty when he played the part of an elderly Italian New Yorker at the Willy Little Theatre and soon after a foul-mouthed Brooklyn Jew at the Wyndham Theatre in Werribee. After that he decided – under the influence of Fred Dagg – to attempt to limit the number of words he used in order to prolong his life: in one of his tapes Fred Dagg mentions a bloke he knew in the Department of the Meaning of Life at Taihappeh University N.Z. who reckoned that we’re all born with a certain number of words in us and when we’ve spoken them all we die. So he took up painting again and drawing too, activities which though often accompanied by convivial conversation can also be carried on in complete and calm silence.
​
Which is as good a way as any of saying why I do it. Oh yes… I must add that it can give a great sense of achievement, even exhilaration, even when the achievements are quite modest.