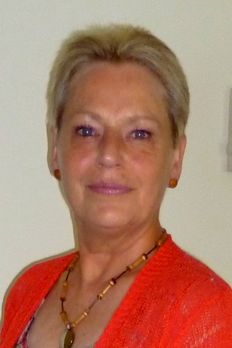 Although I've had a keen interest in art from childhood & could draw, I was always afraid of colour, hence I only started painting about 18 years ago and am mainly self taught (in both watercolour and acrylic). However, after joining the Hobsons Bay Arts Society several years ago, I attended watercolour classes where I was taught about colour and how to recognise it in what we see. This certainly helped  to make watercolours my preferred medium.
Over the past 15 years or so, I have been awarded several 'Special Merit' awards, won 1st, 2nd and 3rd prizes in the HBAS members section of the Qenos art shows and 2nd prizes in the open section of Qenos art shows. I also won the 'Peoples Choice' award at the SubStation Art Show in 2008 along with several 1st, 2nd & thirds in the Bayside Festival Home Crafts shows. In the past I have taught Folk Art at the Altona Meadows Community Centre, where, up until my retirement, developed and ran their Adult & Community Further Education programs.